The one thing I’m always too stingy to spend money on are gift boxes. I like to make my wrapped presents look pretty, because I keep them as a sort of decoration underneath my christmas tree. I don’t even really know why I don’t like buying boxes. I don’t mind spending lots of money on gifts or cards, but for some reason boxes seem like such a waste  of money… So I usually re-use packages I’ve gotten or boxes make-up or food came in. But at christmas, I tend to need so many boxes of different sizes, that the ones I’ve collected aren’t enough. Luckily though, making boxes yourself is really easy and all you need is paper and a pair of scissors.

You can use whatever paper and pattern you like or just whatever you have at home. I had a pack of kind of christmassy patterns at home, so I chose the classic red-and-gold-combo. First, you have to cut out two squares, one of which should be about a centimetre shorter than the other. The bigger one will be the lid. 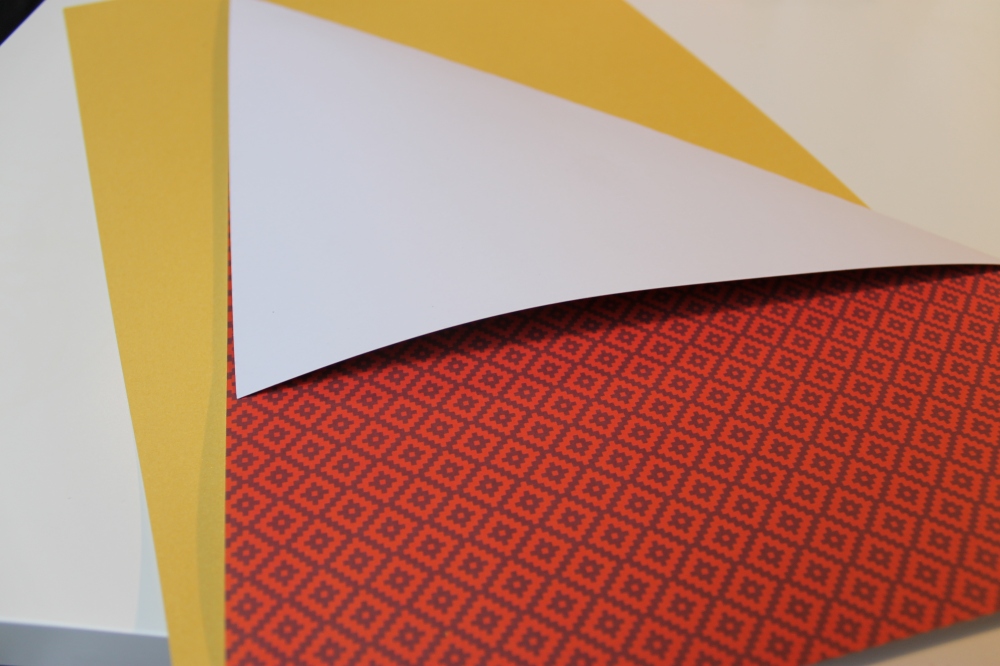 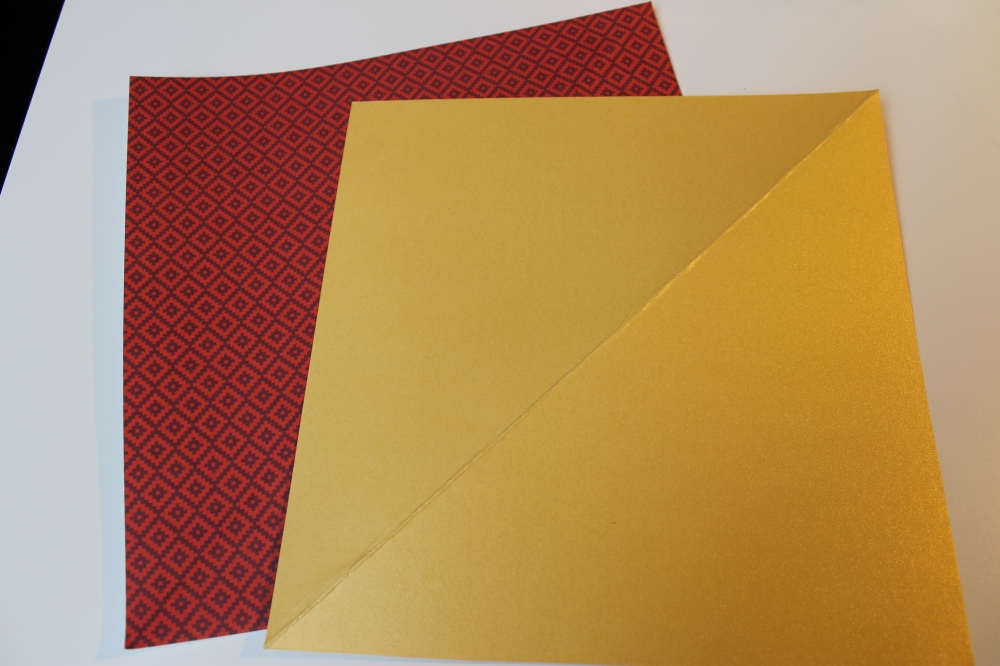 Then, you fold both squares in the same pattern: 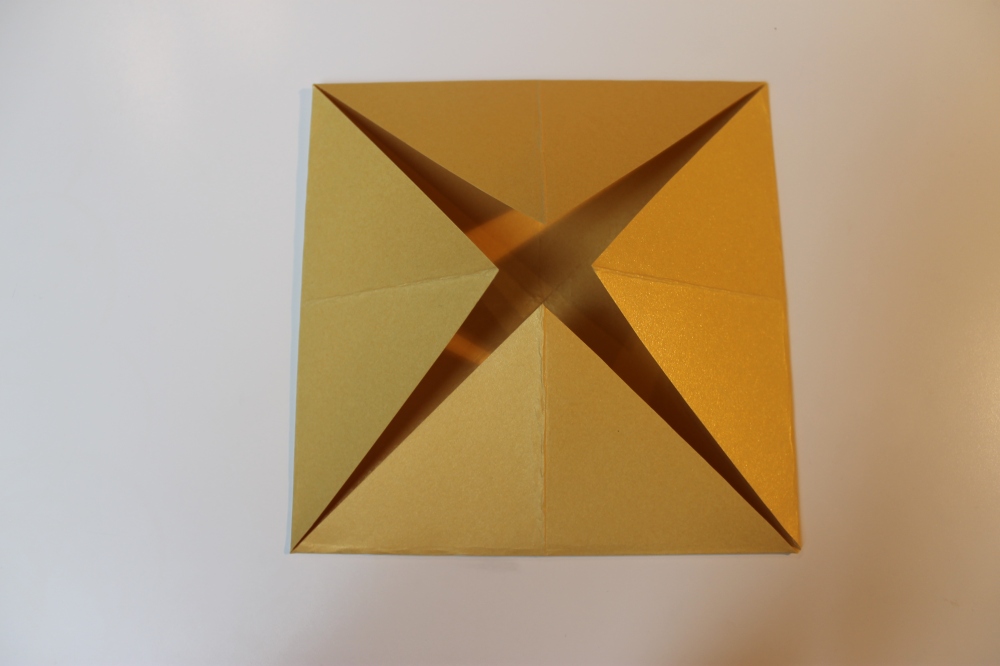 1.Firstly, place your paper with the patterned side down. Then fold it in half both horizontally and diagonally. You should see a star, like in the first picture.

2. Fold each of the corners to the middle, so the paper forms a smaller square.

3. Of that small square, fold each side into the middle, one after the other. When you unfold the entire paper, you should see an even pattern of small squares spread over the entire sheet. 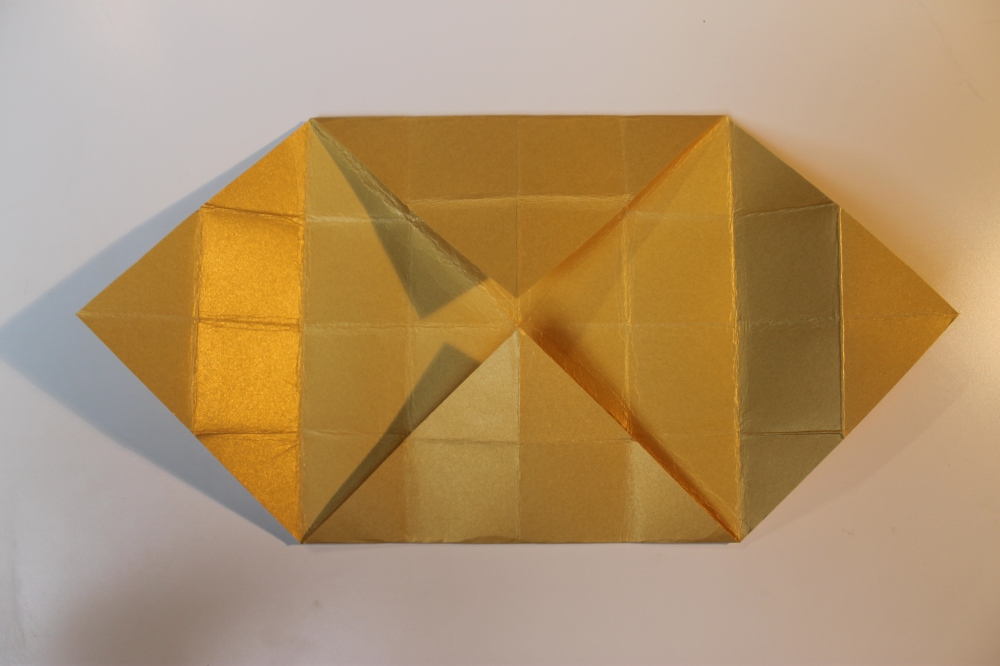 4. Fold two opposite corners into the middle. Then fold up the outer square. These will form two of the sides of the box.

5. Push in the flap from two sides, until the triangle is standing up. Fold that flap over the side wall, so that the corner fits in with the others at the bottom of the box. Turn 180 degrees and repeat.

Now one half of your box is done. Repeat this process with your second sheet of paper and slot them together with the slightly bigger box being the lid. 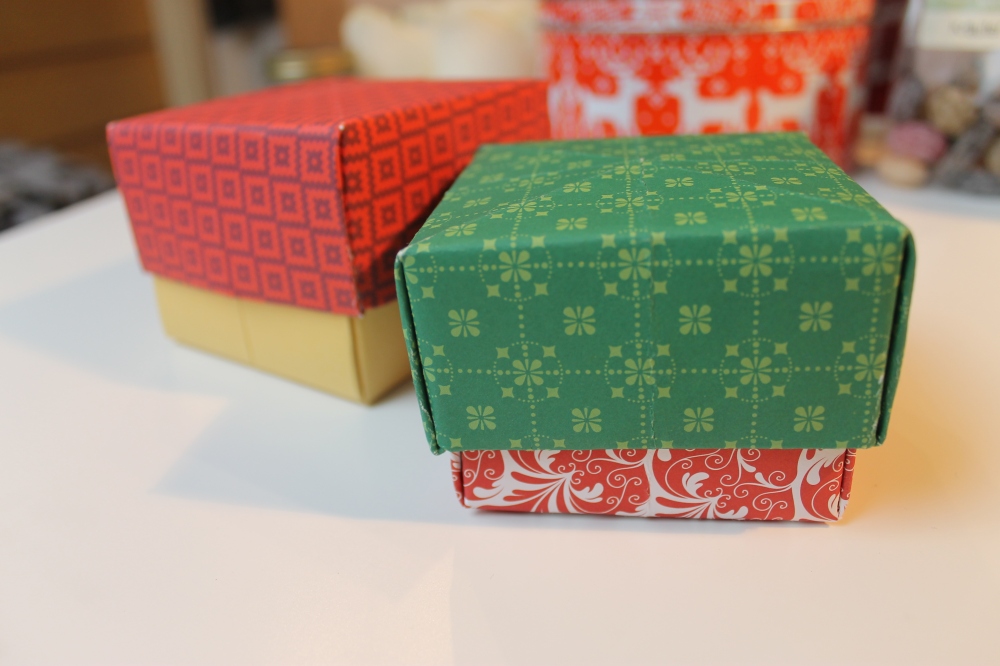 Don’t be afraid to mix patterns and colours, slightly clashing papers make the box look even more festive and unique.

If you need bigger boxes and don’t want to use or don’t have bigger paper, just ask for old cartons at a shoe store, they are usually happy to give you however many you want, since it means they don’t have to dispose of them… (You might want to wrap those in wrapping paper though.)

How do you wrap your presents?